I’m happy to report that March has been much less dramatic than February thus far.  It might have something to do with the fact that March is my birth month, which I remind Josh of every chance I get.  So far, we’ve put away one great carrot cake in celebration of my birth month.  I anticipate we’ll (okay, maybe more me than Josh) will sacrifice at least two more cakes before the end of birthday festivus.  I kind of can’t wait!

In other exciting news, March 2017 is the month that the most recent revision of our debt-free plan had us paying off our motorcycle loan.  Albeit, it wasn’t scheduled to be paid off until the second pay of the month.  After paying bills this past Friday, we only had $287 left to pay on the bike in order to have it paid off.  We just couldn’t stand letting it hanging out there until next pay.  So, we decided we’ll really tighten the belt for the next two weeks in order to pay that fucker off this pay.  Certainly a reason to celebrate!  Especially considering our original debt-free plan didn’t call for the to be paid off for another 9 months, in December 2017.  Here we sit, with the bike paid off 9 months early.  Hurray!  Upon paying it off, we decided we’d go ahead and take a look at how much progress we’ve made since we started our debt-free mission just 7 months ago.  In just 7 months, we’ve paid $24,661.37 toward our outstanding debt, which is pretty incredible!  There’s no way we’d be making the progress we’re making if we were still buying senseless stuff, which feels pretty great.  We also owe below $50,000 now, which is kind of a random indicator of how well we’re doing, but, it feels good to know that.  Right this minute, we’re slated to be debt-free (except for our mortgage) in October 2018, just 1 year and 1 month from when we got focused and began our debt-free journey, owing over $73,000.  Good stuff!

As the manufacturer of our current motorcycle has decided to no longer produce motorcycles, Josh has been contemplating trading the bike in for a Harley.  It’s been an interesting process for me to watch.  He goes back and forth, between being satisfied with our (now paid off) motorcycle and wanting to buy something else.  So far, he’s made no moves to pull the trigger on buying something else but that may change once the weather breaks.  He’s made no bones about being open about his struggle and going back and forth about what he wants to do.  We’ll see what happens!  I think I’d like to do a pros and cons break out before we make any serious decisions to buy something new, just to ensure that it’s a solid decision, but, we haven’t got that far yet.  My hunch is that we’ll keep our current bike and continue to enjoy the progress that we’re making in reducing our debt and moving toward our big goal, but, I’ve been wrong before.

We also got moving on finishing the renovations to the upstairs of our house.  What a fucking mess!  The previous owner had pets that weren’t exactly “potty trained” and we knew that the second bedroom upstairs was going to prove to be a challenge when we started redoing things.  We both grossly underestimated how bad things were in there until we pulled up the carpet and padding.  Our house currently wreaks of oil-based Kilz that Josh used a sprayer to hose the entire room, from floor to ceiling.  Minor inconvenience to tolerate for no more “pet” smells.  I’m super excited to get the room done and finish up the few small things left upstairs before calling the entire level done.

In the meantime…here’s what this week has planned for us.  Should be an interesting week! 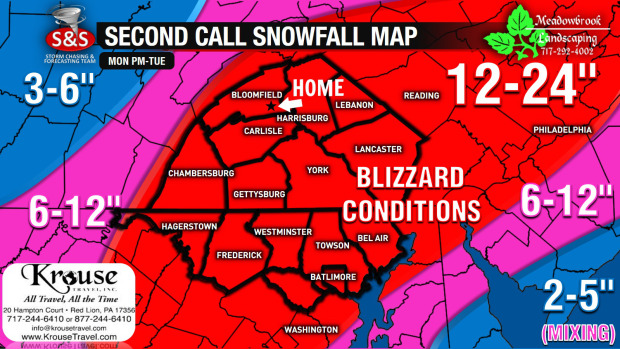