A dark, rainy four hours jump started Saturday morning’s drive. It rained the majority of the time I drove, sometimes pretty heavy.  We crossed into Tennessee at 1:20am and I had a silent party, as everyone else was sleeping.  In the brief periods of no rain, the sky was crystal clear, revealing a beautiful starscape.  Everyone woke up when I pulled in for a pee break at 4am.  Since Josh caught 4 hours of solid sleep while I navigated the nighttime, he took over driving at 4am.  I was able to sleep for an hour and a half until some not-so-quiet conversation woke me up.  I got to see us pass through Nashville, TN at sunrise (5am) which was pretty cool, though.  We passed the rest of the way through Tennessee and headed into Pirate Kansas (Arkansas). 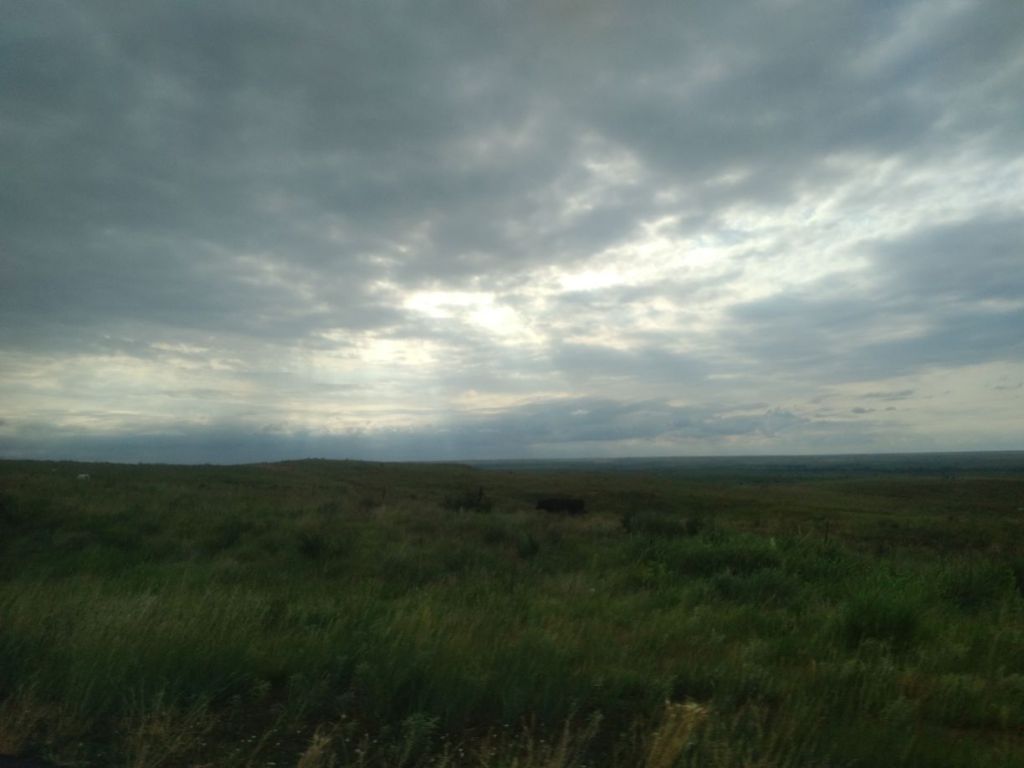 Arkansas was desolate, but the landscape was STUNNING.

We stopped in Van Buren, Arkansas for lunch at the Firehouse Restaurant at noon.  Since we were making really good time, we decided we would head for Amarillo, Texas and stop for the night.  We booked a hotel through Priceline in Amarillo, TX and hit the road.  I took over driving after lunch and drove us to Oklahoma City at 4pm.  Josh caught a quick nap while I was driving and he took over driving at 4pm and got us into Texas 6pm.  We finished out the day’s driving in Amarillo, TX shortly before 8pm.  We found a steakhouse within walking distance from the hotel and had a great dinner at the Saltgrass Steak House.  The food was great and the prices weren’t bad.  After dinner, we headed back to the hotel for showers and some much awaited sleep.