Friday, 9/1/2017 – We headed to the Co-Op to pick up our check for the second half of August.  From the 15th – 31st, we made $102.33, bringing our total profit, after August’s rent, to $196.45! (I counted this in August’s extra income earned, despite picking up the check in September.  Gotta stay honest, right?!)  Not too bad, and definitely better than we would have done selling stuff any other way we’ve tried before.  Despite our uncertainty about how well the stuff-selling-stand would do, we’re very pleased and plan to keep using the stand to purge our stuff.  The Co-Op is having a huge sale on Saturday, 9/16/2017, so we need to do some serious work to get stuff ready to sell and stocked in the stand before then.

We planned to take a long weekend to either Josh’s company’s beach house or camp for Labor Day weekend, but the weather had other plans.  The remnants of Hurricane Harvey blew through, dumping rain from Friday afternoon until Sunday morning.  Since it was going to be raining no matter where we were, we decided to save money, stay home and get some more projects done around the house.

Since sharing the website (and our first video) with the world on 9/1/2017, we’ve received some incredible support and encouragement!  I was beyond apprehensive to put our plan out to the world, but, we’ve experienced nothing but love since going public with our plan, our journey and, pretty much, our lives!  I cannot say THANK YOU enough to everyone who’s been a part of the adventure this far. 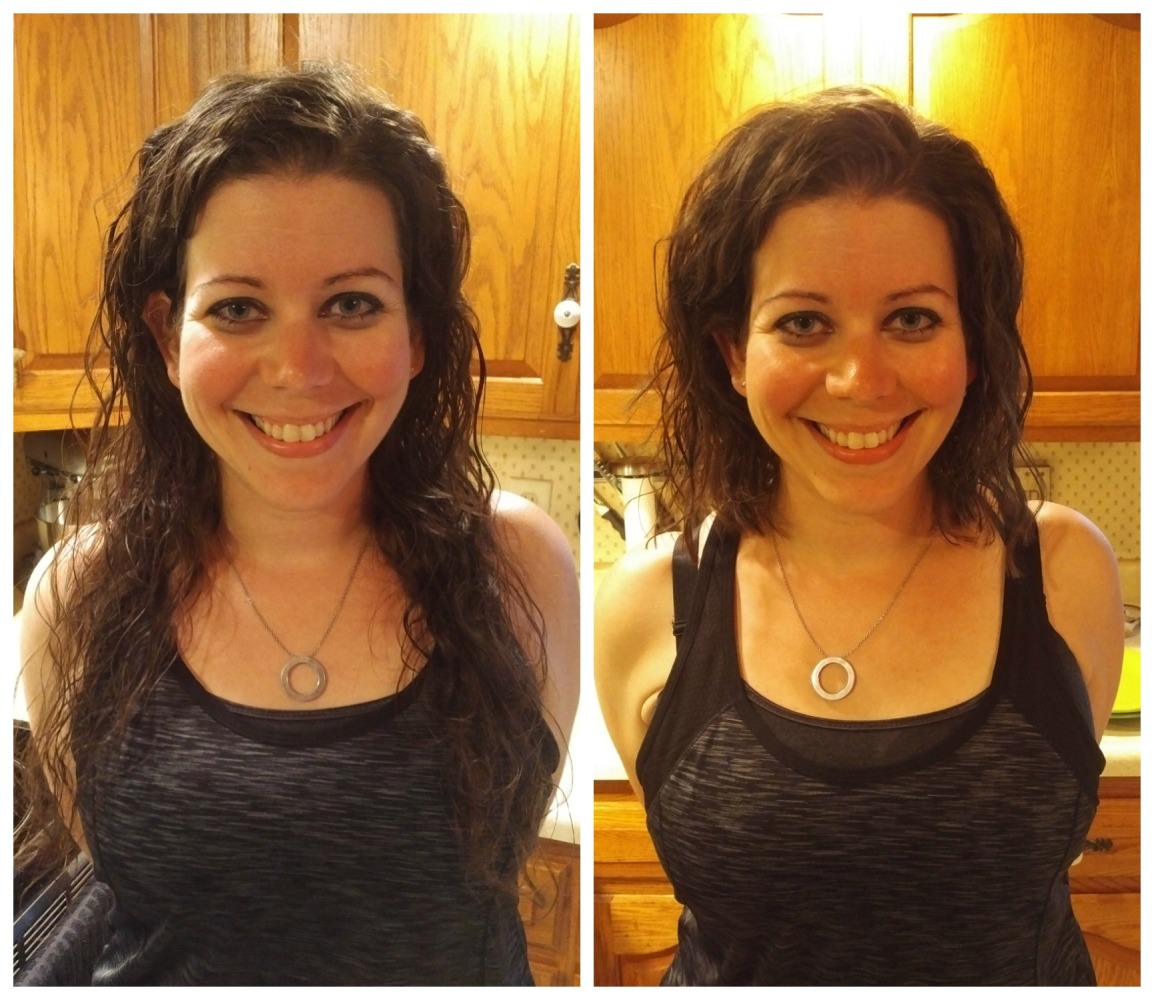 Sunday, 9/24/2017 – In really exciting news, we paid off my car today!  Okay, let’s back up a second.  We woke up Friday morning to find out that Josh had received a raise at work (thanks bank account deposit notifications!) which increased our monthly income.  We weren’t scheduled to pay off my car until the first pay of October, but, based on Josh’s raise and our intense desire to get our debt paid off, we decided to increase our payment amount so the car is paid off and be frugal for the next two weeks.  Paying my car off, even just a pay early, gets us nearly two months ahead on our debt-free plan at the end, which made total sense.  HURRAY!

Thursday, 9/28/2017 – Only 9 days left until the US Sailboat Show in Annapolis!  We’re really excited about visiting the show and being able to board a bunch of boats that we’ve been researching.  We’re also really excited about participating in the First Sail workshop that we bought tickets for.  The First Sail workshop really will be the first time either of us are on a sail boat, let alone sailing, and we’ve been spending some time exploring what we’ve conjured up in our minds about sailing and what we hope to get out of the First Sail workshop.  Check out those posts – Josh wrote a post and so did I.

Saturday, 9/30/2017 – Today was a pretty lucky day in frugal world!  We’ve been talking about getting a storm door for a few years but have put it off every time we talk about it because they’re EXPENSIVE!  I had some serious heartburn about spending a couple hundred bucks on something that wasn’t necessary and that we had been existing without.  But, we’ve been letting the door hang open for the dog and it’s been increasingly annoying that the house ends up filled with bugs because the door’s been open all evening.  We were at Lowe’s today so we decided to check out the selection.  We agreed we’d spend no more than $200, that the storm door needed to look halfway decent and that it needed to not be a full glass / screen door to avoid any mishaps with the animal.  We picked out a door that we liked but would need to special order it because they only had stark white in stock and we wanted it in brown.  It would have ended up costing us right around $200 and who knows how long we would have had to wait for it to come in.  In a stroke of pure luck, we walked a few aisles over and found the scratch and dent storm doors.  We ended up finding the exact door we wanted, in the right size, in brown, in an unopened box, for $90!  I’m way more excited about this door than I probably should be, but, how lucky?!  We headed home and installed it right away.  It looks fantastic! 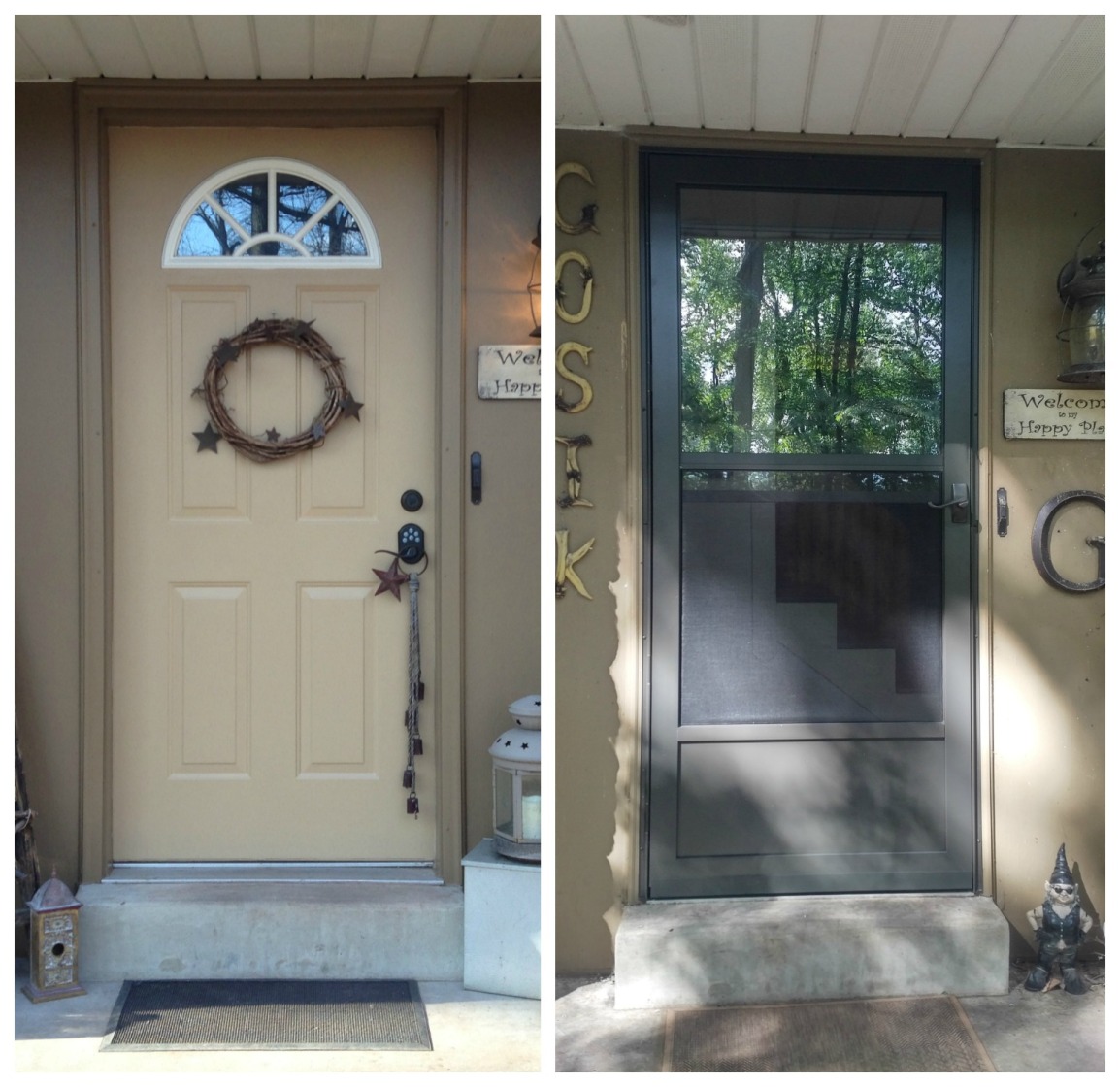