Saturday, 12/2/2017 – An exciting Saturday of appointments around here! First up, a 10am appointment for the dog at the vet. He’s been favoring his right hind leg for a while but only after running hard or working it alot. We figured it was time to get it checked out. Turns out, he has a torn doggy ACL. The vet tried to pressure us into committing to a $3,000+ surgery 5 days before Christmas. We didn’t agree to the surgery just yet because we need to do more research on both the injury and our options. And, we think we’re going to look for a different vet. The dog’s only been to the actual vet 4 times and every time we leave feeling like we’ve been financially taken advantage of after doing some reading after the fact. Today, they tried to talk us into purchasing some “prescription only” joint supplements for $120 that I found on the web for $64 (and purchased instead). We want him to get good care and be healthy, but, not be robbed blind in the process. (After doing a bunch of reading and research, we’ve decided to forego surgery for Ramrod, at least for now. We’ll be focusing, instead, on conservative management for at least the next two months and then we’ll reassess where he’s at.) After the dog debacle, we headed to West Shore Scuba.

We’ve decided that we want to pursue our PADI Open Water Diver certifications and are ready to begin the process. The PADI Open Water Diver course has three phases: (1) Knowledge Development to understand basic principles of scuba diving; (2) Confined Water Dives to learn basic scuba skills; and (3) Open Water Certification Dives to use skills and explore. For Christmas, my mom graciously offered to help us get the first phase, knowledge development, crossed off our list. (Thanks for a fantastic gift, mama!) We chose to do eLearning from our home computers so that we can learn from wherever we are, whenever we want. With West Shore Scuba’s help, we got everything set up and ready to go in just a few minutes. After Christmas, we’ll log in using the access codes we were provided and get busy learning the basic principles of scuba diving!

Sunday, 12/3/2017 – Dog’s first whole day of conservative management a.k.a. being kept prisoner in the house while his friends are outside, taunting him… Wednesday, 12/6/2017 – I’m determined to make the next four years with my current employment as painless as possible. As a result, I’ve started applying for job opportunities that are outside my current agency but will allow me to continue to accrue years toward vesting in my pension. So, I had a job interview today at 1015! The interview went well, despite not having any experience with some of the specific software products the agency utilizes. I might not have experience with the specific software, but, I’m an enthusiastic learner which counts for something, right!? I don’t anticipate hearing anything back until at least the middle of January, but, the interviewers made sure to ask if they had information for contacting my references, so, I’m left feeling pretty good about it!

Friday, 12/8/2017 – Sunday, 12/10/2017 – We had planned to leave Thursday evening to go hunting for the weekend, but, given the situation with the dog (and a bunch of shit with both our job’s), we ended up staying home.  We took the unexpected opportunity to take care of some Christmas shopping, get some Christmas going on in the house and even ended up switching cell phone carriers, getting new phones (one of which ended up being FREE!), having our old phones paid off, getting unlimited EVERYTHING on our new plan, getting Netflix paid for each month by the new carrier AND saving $50 per month on our bill!  Hurray for saving money! 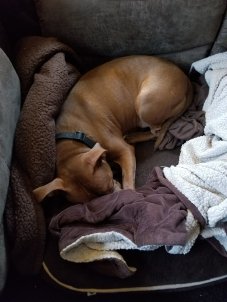 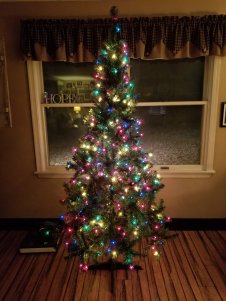 Friday, 12/15/2017 – We headed to Josh’s company’s Christmas party after work.  I look forward to this all year, so, I was super excited and, no surprise, had a really great time.  There’s definitely something to be said for working for a company that actually cares (a whole hell of a lot!) about their employees and their employee’s families, too.  No amount of “thank you’s” will ever cover my gratitude for the people I got to spend time with at the Christmas party.

Saturday, 12/16/2017 – We got up decently early and finished up our Christmas shopping, which was pretty quick and simple.  We also stopped by the Co-Op and picked up our check for the first half of December.  I was happy to have made $65.86 during the first 15 days of the month but I was even more excited that the entire 15+ piece Christmas Village was sold, FINALLY!  Since December is a three paycheck month this year, we made it a point to make sure to put some extra money toward the debt that we’re working on paying off, too.

Tuesday, 12/19/2017 – Josh and I took a quick trip to the Co-Op stand to do a little rearranging and fill it up.  On our way home, we took a quick detour to a house that sports a yearly Christmas spectacle.  This year, it was a walk-through Christmas extravaganza with 40,000+ LED lights! 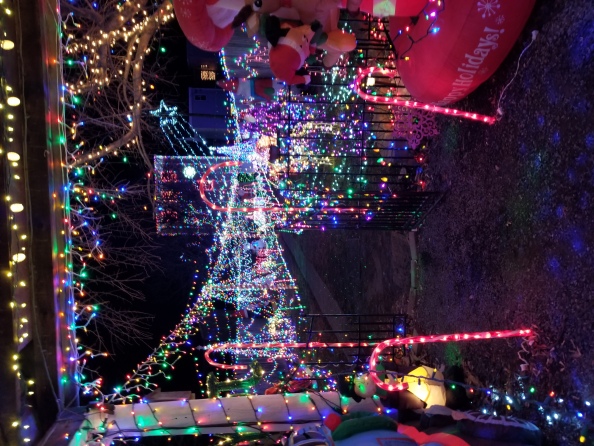 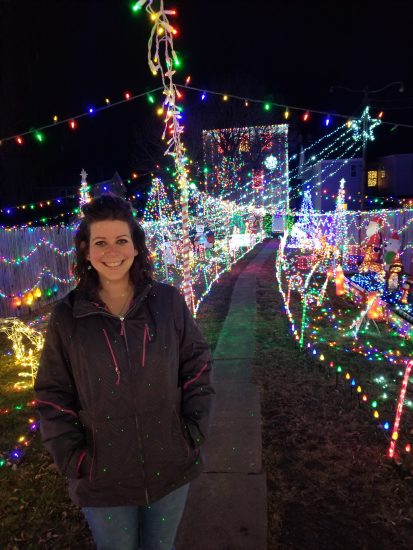 Friday, 12/22/2017 – Alexis’ last day of work until 2018!  Taking four days of vacation netted me 10 days off work and vacation until Tuesday, 1/2/2018, so, it was kind of a no-brainer.  We met up with some friends, headed to Hershey Park’s Christmas Candy Lane and got our Christmas spirit going!  #HersheyparkHappy! 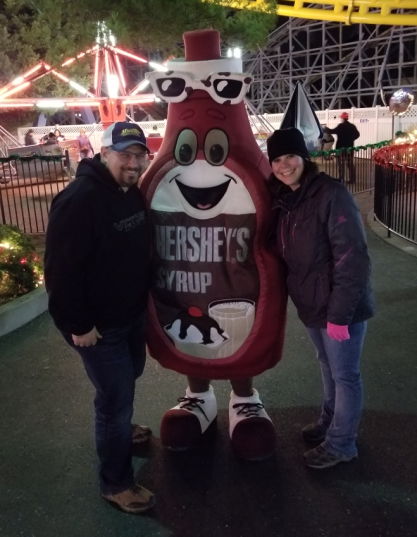 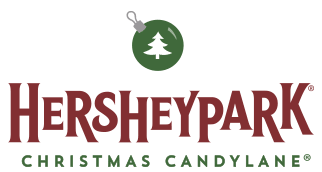 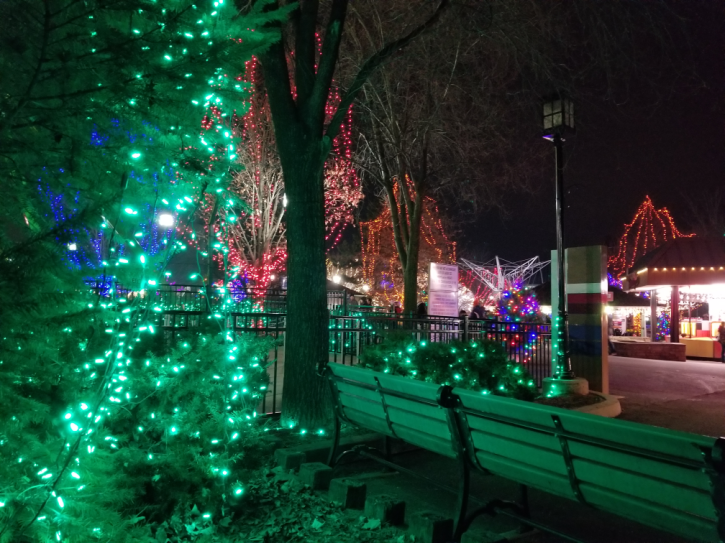 Sunday, 12/24/2017 – An impromptu pizza party at Josh’s brothers house to celebrate Christmas Eve!  We also made an extra $1500 payment toward the debt we’re currently paying on.  AND, I’m celebrating my one year anniversary of not watching the news!  (If you missed my news detox last year, check it out here.  It might get you thinking!)  A good day for sure!

Monday, 12/25/2017 – Christmas Day started when the alarm went off at 5am to get up and get the Christmas festivities started!  We headed to my mom’s place for mimosas, breakfast and some gift opening.  Home for a few minutes after we were done there and then we headed to Josh’s parents place for more Christmasing.  Christmas dinner was at Josh’s grandparents and arriving fashionably late worked out pretty well this year.  We finally made it home to sit down around 6pm and were exhausted from the excitement of the day.  It was a great day, full of food, family and laughter.  An added bonus…we won $75 on scratch off lottery tickets we got for Christmas!  Now that we’ve officially “done Christmas,” we’re excited to get busy working on the PADI eLearning course that we got as a gift to get moving towards getting our open water diver certifications.  And, I’d definitely be remiss if I didn’t mention the great clothes, much-desired peanut butter spreader and WaterPik that we got, too!  Having the whole family together also made it a great time to start making some preliminary plans for the 2018 family vacation.  So far, the plan is for the entire family to head to Maine sometime toward the end of June 2018.  Let the saving begin! 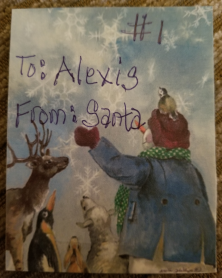 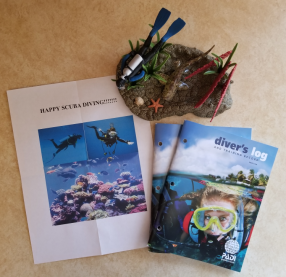 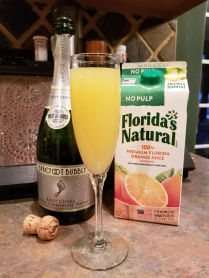 Tuesday, 12/26/2017 – Wednesday, 12/27/2017 – Since I had off work for the week, I put some serious effort into a mini-series of posts that I’ve been working on for a few weeks and can’t wait to get finalized and posted.  I’m a nerd.  I can’t help it.   😀 I also spent some time clearing out the guest room on the 1st floor of our house to get it ready for being redone in these chilly winter months.  I’ve been purging and selling stuff out of the guest room for months because it was PACKED and I’m so glad I did because it made the final push to empty it much easier!  Here’s some before’s…

And here’s the after.  The only things left in the room are headed to my mom’s house for re-purposing.  The living room’s become the storage space for the bed, bookshelf and a mountain of extra linens, but, you’ve got to make a mess to make progress, right?!

Thursday, 12/28/2017 – Bangkok Wok for Josh’s brother’s girlfriend’s (whew!) birthday.  And, despite the ridiculously long wait, Vegetarian Rad-Na and Ginger Pineapple Duck were great choices!  Sad fact of the day…it was 10° when we got home at 9pm…I guess winter’s finally here!

Friday, 12/29/2017 – Friday night meant time for fun!  We headed to The Coliseum for some cocktails, bowling and video games.  The Coliseum’s always a lot of fun and we had a great time wasting a little bit of money in exchange for some good laughs.  In other exciting news, we’ve decided that we’re going to get a little bit involved in the cryptocurrency community.  Stay tuned for more on that, once we actually figure out what the hell we’re doing.  Since I offered to forfeit $20 of my sushi consumption each week to fund our little cryptocurrency experiment, I’ll be sure to share the results. 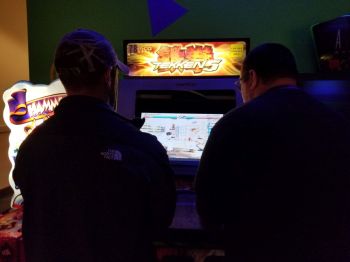 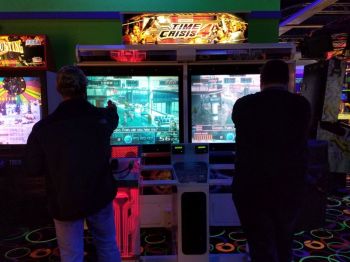 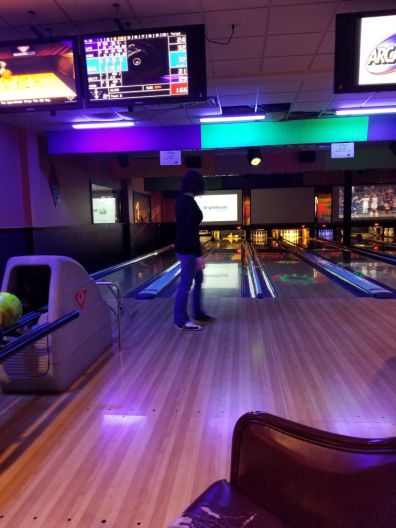 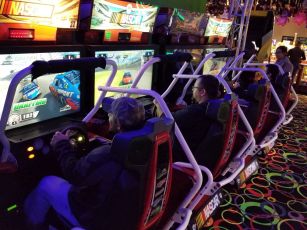 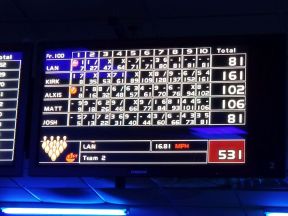 Saturday, 12/30/2017 – And I thought we might make it through December without any laying snowfall…HA!

Sunday, 12/31/2017 – I simply cannot believe that 2017 is over already!  It’s been a fantastic whirlwind of a year!  The year’s chaos was wrapped up with a quiet New Year’s Eve get together with Josh’s family, enjoying the now yearly tradition of Cards Against Humanity with Josh’s grandparents.  Spending New Year’s Eve with Josh’s grandparents is always a little extra special because it’s also their wedding anniversary.  Tonight, they celebrated 64 years of marriage.  Pretty incredibly and definitely a testament of the love they share.  We’re ready for you, 2018!