We woke up this morning to partly cloudy skies and lots of wind.  But, at least it wasn’t raining. And, it definitely wasn’t snowing!  It was 60ish when we woke up but once the sun came up, it warmed up quickly.  Since it was my birthday, we had lemon cupcakes for pre-breakfast at our camp site.  YUM! Josh made a formal eggs, sausage, onions, mushrooms and cheese breakfast on the camp stove a while later, which was equally as good. 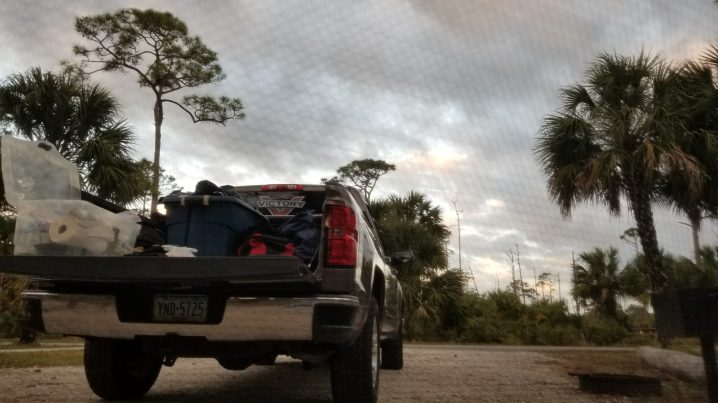 I grabbed a quick shower, we cleaned up the campsite and we loaded up to go exploring for the day. Our destination for the day was John Pennekamp Coral Reef State Park, which boasted about it’s snorkeling from the shore, swimming and general coolness, which was about a three hour drive from Jonathan Dickinson State Park were we had camped last night.

We decided that we’d navigate there on our own and try to avoid toll roads.  Hindsight being 20/20, we should have sucked it up, followed Google Maps, figured out how to pay the tolls and called it an easy trip.  Instead, we ended up on US-1 South, in Miami, which is redlights for MILES. After about an hour, we gave up and found the first option to get on the turnpike.  Which was great, except, there were no toll plazas. All the toll signs said “SunPass or Toll-By-Plate.” We don’t have a SunPass and we’ve got no idea how the Toll-By-Plate thing works, so, it’s likely that we’ll end up with a $400 bill from the Florida Turnpike Commission when we get home.  But, at least Josh’s road rage was put to rest.

We made it to John Pennekamp Coral Reef State Park around 1pm and paid $9 for the entrance fee.  We spent a while exploring the 30,000 gallon aquarium and Visitor Center, which was pretty neat. We really wanted to take advantage of the snorkeling from shore opportunities that were advertised at Cannon Beach inside the park.  So the story goes, there is a cannon from a 17th century Spanish shipwreck about 100 feet offshore that’s an easy snorkel adventure from the shore. Unfortunately, the wind was blowing at a constant 20 mph, creating a bit of a mess of the water. Josh donned his mask, snorkel and fins and headed in to check things out.  It didn’t last long, as the visibility was pretty much non-existent. We checked out the rest of the driving-accessible park before calling it a good day and hopping back in the car to head back north, just in time for rush hour traffic. In case you’re wondering, we took the turnpike the whole way back, to avoid a road rage incident, but, still haven’t paid any tolls or seen any toll plazas.  Maybe we’ll just send that bill to collections…haha! 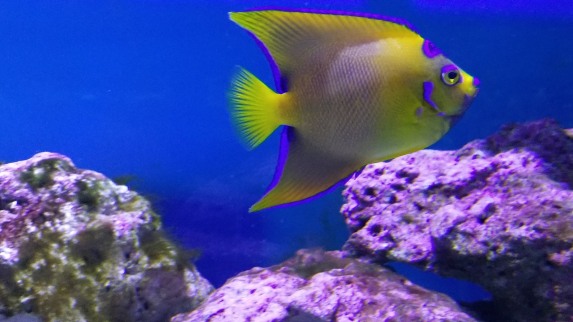 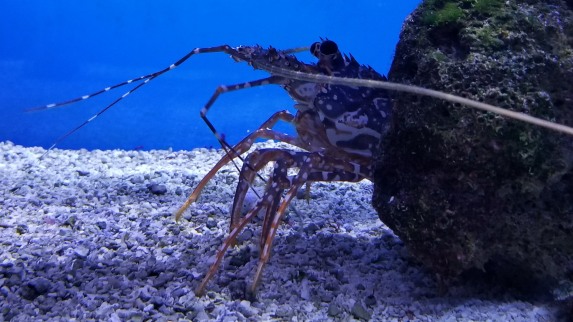 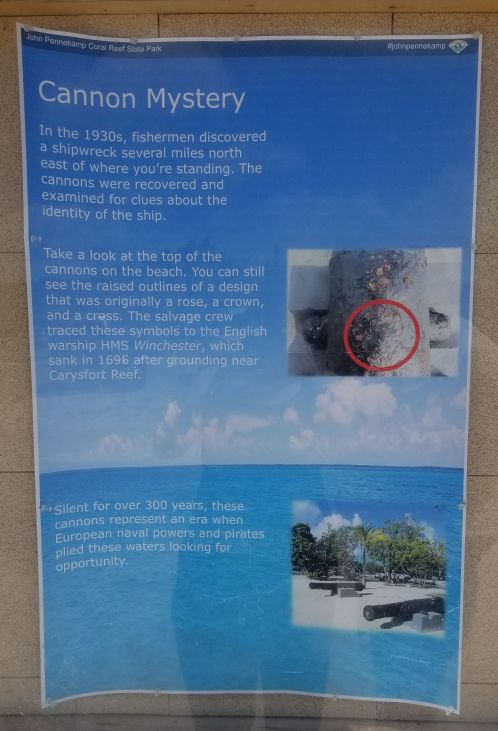 Josh says: “I’m ready to move onto a boat.  This traveling stuff is a whole lot of fun. The only thing that is being a pain in the ass is finding a place to lay our head’s at night for a reasonable price.  If we had our boat, that wouldn’t be a problem.” And, he’s not really wrong. We explored and adventured for the majority of the day and only spent $9 for the entrance fee for John Pennekamp State Park.  Snorkeling inside the park was free. Checking out the huge aquarium inside the park was free. Getting showers was even free, with unlimited hot water!

Once back north, we decided to try out another highly recommended local hang out called Square Grouper.  Square Grouper was an exceptionally cool place to check out! There were no waitresses so you ordered at the bar, got a pager so you knew when your food was ready and went back to pick it up.  Seating was up to your preference, either near the bar or on a sandy beach area near the boat docks. There was a great view of the Jupiter Lighthouse and the live music started at 8pm. The food was good and the atmosphere was really laid back.  It’s probably not a bad thing that the Square Grouper isn’t close to home, because we’d end up spending a lot of money there! 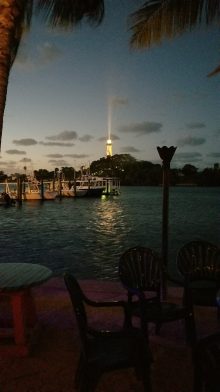 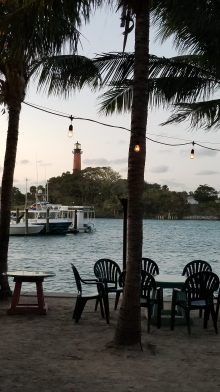 Night two in the tent at Jonathan Dickinson State Park was uneventful.  No rain, not much wind and a good night’s sleep for an exciting adventure in the morning!