Thursday morning was a tough morning, after a pretty painful night for Josh.  The mystery sting on the back of his head was pretty swollen, red and little red dots were beginning to appear all around the area.  The pain was causing him some pretty significant discomfort so we decided to go see a doctor on the island and have him checked out.

A quick Google search showed that there was a dive doctor just up the road from the resort and they opened at 0800.  We hopped in the rental truck after breakfast and headed to Dive Medical Bonaire.

Dr. Van Der Kamp was a really nice guy who saw us really quickly.  After taking a look, he rendered his decision – Josh had been stung by a jellyfish (or a numer of jellyfish) during his Tuesday night dive and was suffering from an allergic reaction to the sting(s). We paid $75 cash for the walk-in, no-insurance-used consultation with the doctor who wrote two prescriptions – one for a steroid cream and one for a prescription-strength antihistamine.  (Why is medical treatment so god damned expensive in the US?!)

(Side note regarding dive insurance through DAN for anyone who may be interested: We have dive insurance through DAN.  We contacted them about what was going on and were informed that we should save all the receipts and then contact them to obtain a claim form in order to be reimbursed for the consultation fee.  Upon contacting them for a claim form,  we were informed that although Josh is enrolled under the DAN master plan, which offers up to $125,000 coverage towards medical expenses due to a covered diving accident, the DAN Insurance is secondary to any other insurance we may have.  Therefore, all medical claims must be filed to the primary insurance carrier first then to DAN.  DAN would not entertain our claim without copies of our primary medical insurance’s Explanation of Benefits for seeing the doctor.  Since we didn’t get this instruction before seeing the doctor, we didn’t present our normal medical insurance information when we went to see the doctor.  So, we won’t get a denied Explanation of Benefits from our “primary” medical insurance.  So, we won’t be able to file a claim for reimbursement from DAN for the $75 consultation fee.  Not the end of the world for us, as $75 cash to see a dive doctor for two prescriptions seems like quite the bargain compared to what we would have had to pay for the same experience in the US.  But definitely a lesson worth learning for the future.)

Armed with two prescriptions and Josh’s aching head, we returned to the pharmacy that I had found the previous day to get the prescriptions filled.  A few moments and $25 later, we were back in the rental truck and headed back to the resort for medicine and a nap.

At 1330, Josh was still sleeping sounding, thanks to the prescribed medicine so Alexis went with 12 other divers to do a trash clean up on the windward side of the island.  Between the 13 of us that participated in the clean up, we filled the beds of 2 1/2 trucks with garbage that had washed up on the beach in about 30 minutes. 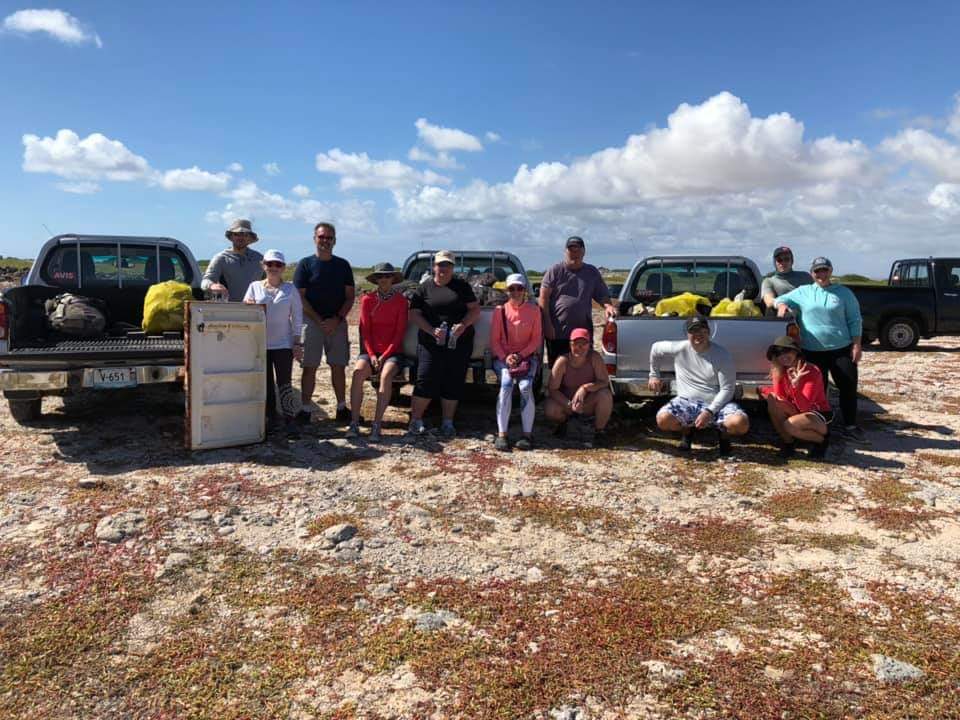 After the clean up, I headed back to our room to check on Josh.  I’m really happy to report that he was still alive and in a bit less pain after a pretty lengthy nap.  Hurray!

The resort had planned a big barbeque party at the Scubar for the end of the week and the end of our trip.  We made our way down to the party, took some group photos and listened to a few impromptu speeches about the great week we had.  We topped the evening off with some fresh lionfish ceviche, which was was AWESOME! 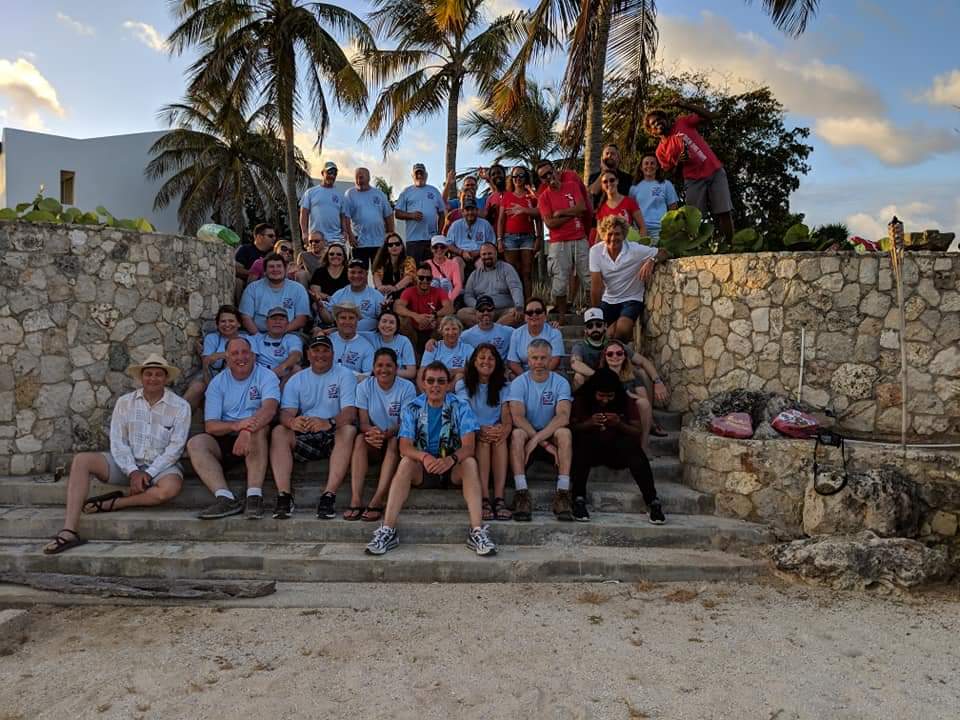